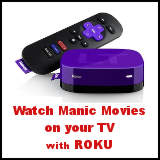 Four teenagers discover a deserted island while water skiing and end up prisoners of a mad scientist. The evil Dr. Myra is working with an enemy power to create a nerve gas that will turn Americans into docile zombies. Two of the captives manage to escape, but they are thwarted by the arrival of the local sheriff, who is working with Dr. Myra.